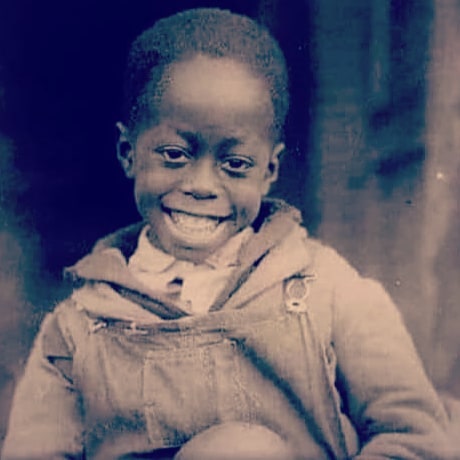 A Jewish family Karnofsky, who immigrated from Lithuania to the United States, took pity on the 7-year-old boy and brought him to their home after being sent to a delinquent home for coloured boys at the age of just 5 💔
There he stayed and spent the night in this Jewish family home, where for the first time in his life he was treated with kindness and tenderness.
When he went to bed, Mrs Karnovski sang him Russian lullabies, which he sang with her.
Later he learned to sing and play several Russian and Jewish songs.
Over time, this boy became the adopted son of this family.
Mr. Karnofsky gave him money to buy his first musical instrument, as was the custom in Jewish families.
Later, when he became a professional musician and composer, he used these Jewish melodies in compositions such as St. James’s Hospital and Go Down Moses.
The little boy grew up and wrote a book about this Jewish family, who adopted him in 1907. And proudly spoke Yiddish fluently.
In memory of this family and until the end of his life, he wore the Star of David and said that in this family he learned “to live a real life and determination.”
This little boy’s name was Louis Armstrong 💙
#itsawonderfulworld
#louisarmstrong
#jazz
#diversityandinclusion
#loveislove