Now one thing to remember when you embark on this journey is that you are responsible for yourself and how you survive it. The support network you have around you is essential and of course be grateful for them being there for you when you need them. A shoulder to cry on, an ear at the end of the phone or even someone to give you a silent hug. However, ultimately you live and die by the decisions you make along this path , it can get rocky underfoot as I want to demonstrate to you now.

I am a clear headed and spontaneous kind of girl and my friends will tell you I dont suffer fools gladly, and I am fiercely loyal and protective of those I love. My faults , of which undoubtedly there are a few…(ok then many!) include a stubborn nature when I know in my gut that something is right. So my stark warning to you is to bear in mind you can also get it very wrong. To the point of not wanting to hear others telling you that you are wrong.

When I initially decided VB was my BM (Facebook stalking aside, I really obsessed!) I marched into the SW plastic office and insisted I had already done his job for him. Hurrah , he must have thought, I get credit for doing nowt! Result! I know now he probably was humouring me. He did also tell me to contact a certain ‘Professional Search Agent who works for a well known TV programme designed to tug your heart out ..you know the one I mean ..Anyway he said ‘ She will be more likely to help you with an international search for which we are not geared up for. So off I went to ring this agent , knowing it was going to be costly given her ‘famous TV contract client’ . For the purpose of protecting myself from being sued I will leave her name out but call her RB ( standing in this case for Rude B****..sorry but she really was objectionable….

Me ‘ Hello, I was told you might be able to help me trace my BM . I believe she is living in Jamaica’

RB ‘ Oh well I’m afraid I wouldn’t be able to help, firstly I am far too busy (AKA Up my own Arse Important) and I find that generally people in Jamaica tend to be very difficult to get to open up , they can be quite tight lipped when it comes to these searches!

Me’ Oh well could you send me some pointers as to how I might do this myself, it might help?

RB ‘ Doubtful, but if I find a few minutes I might email you! (she didn’t as expected)

Now the first point I want to mention is that anyone who knows me, of Jamaican decent, would know you will struggle to shut me the hell up!! Tight lipped??? What the hell is that when its at home? Jesus, I talk in my sleep ! What a crock! By our very nature, those descending  from the Caribbean are talkers, sharers and down right gossipers. I mean, you ever seen one of those chatty Black women on an episode of Desmonds and thought ‘ Wow , aren’t they quiet and introvert people? Er NO , I don’t think so! Nor have I..

This was clearly her way of saying “Sod off!” I don’t mind admitting I was furious and took a little while to find my way back onto the path I had been on…RB could go whistle in the wind for all I cared…I was going to find VS if it was the last thing I did. Thanks to my own resolve and bloody mindedness I cracked on with my journey, put on my big pants and got on with it. My determination increased from then on and RB proved to be a referral the SW should never have made anyway. Red-Tape disallows any recommendations that may be seen as commercial..So either way it was a time wasting exercise and proved that RB has never met a Jamaican blooded women in her shallow little life…Until now ! Grrrr!

Point of focus here is not only our VS in Blackpool as well as VB in Jamaica. I touched upon them both in several posts to date but never really gave you an insight into just how much these woman were RIGHT to me at that time. I admit it now , reluctantly but honestly or what’s the bloody point in this blog?

This particular VS was almost as right as the VB I initially found on Facebook. In other words she was totally bloody wrong! But not to me. Not at that time. I was determined that both women once identified were my Birth Mother. Categorically, without question or dispute, this was her. Obviously at separate times…having two birth mothers would be simply stupid…and awkward!

Seemed impossible that I had got it wrong…it all added up didn’t it? Dates, locations, visually my VB looked like me! Didn’t she? Friends either agreed or humoured me as I was not listening to the argument that I could in fact be barking up the wrong tree completely. Hell no! I KNEW in my gut that I was on the right track. Lost sleep and weight over these two women and drove my Earth Angel to the brink of insanity . Insisted we wrote to Blackpool VS daughter a second time , insisting on my proof to rule her out. Jesus, when I think back I must have been an absolute nightmare LOL..Well suffice it to say they were both wrong and thank god the other near misses didn’t get me to the same level of obsession as these two.

My advice: Keep your mind open to the possibility that you could be 100% wrong..you cant be nearly right, sort of right, kind of right or even 99% right. Anything less than 100% means you are bloody wrong. Got it!?

Hurts like a B**** but believe me its better to find yourself wrong and accept it than obsess to the point of making yourself ill and your Earth Angel hate you!

In fairness, and lucky for me (and Earth Angel) we only really honed in on a few possible targets, dismissed most out of hand as  not being anywhere near a fit . Had we had loads of targets we may have ended up falling out and me broken into a thousand pieces.

Every time I thought, This is it? especially with VS Blackpool I actually felt physically sick. Like a nausea built up inside me which I liken to that feeling you get after a night on the piss. You know you wont be sick but your stomach lurches nervously as though it would feel better if you were… 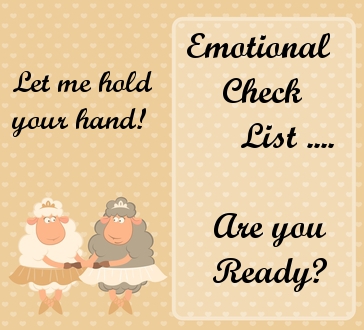 So that said VS Blackpool and VB Jamaica proved to be wrong (yes 100% wrong) and I know looking back that I wasn’t actually mentally ready to find my BM anyway . In a way the next stage of the search was a welcome distraction and almost took me off course ….or did it?

One thought on “My Journey- Fixated”

Our lives are the sum of all the choices we make, the bridges we cross, and the ones we burn.